TAKING BOOKINGS FOR FESTIVALS AND GIGS 2023

Growing up in Belfast in the 70ís the FOS brothers fuse an eclectic mix of their own original songs with traditional Irish sensibilities flavoured liberally with Floydian/Genesis/Horslipian spices.

Their mix of drums, percussion Loops and samples and soaring guitars and bass delight Festival and Venue audiences and thatís even before they start singing!

March 2017 saw the release of their CD ‘Clear Again’ featuring many guest musicians who have worked with the band over the years (Sarah Jory, Ted Duggan, Leon Hunt and Jon strong) The CD was mastered by Simon Heyworth who is noted as co-producer of Mike Oldfieldís Tubular Bells. and many King Crimson Albums.

THE LINE UP IS 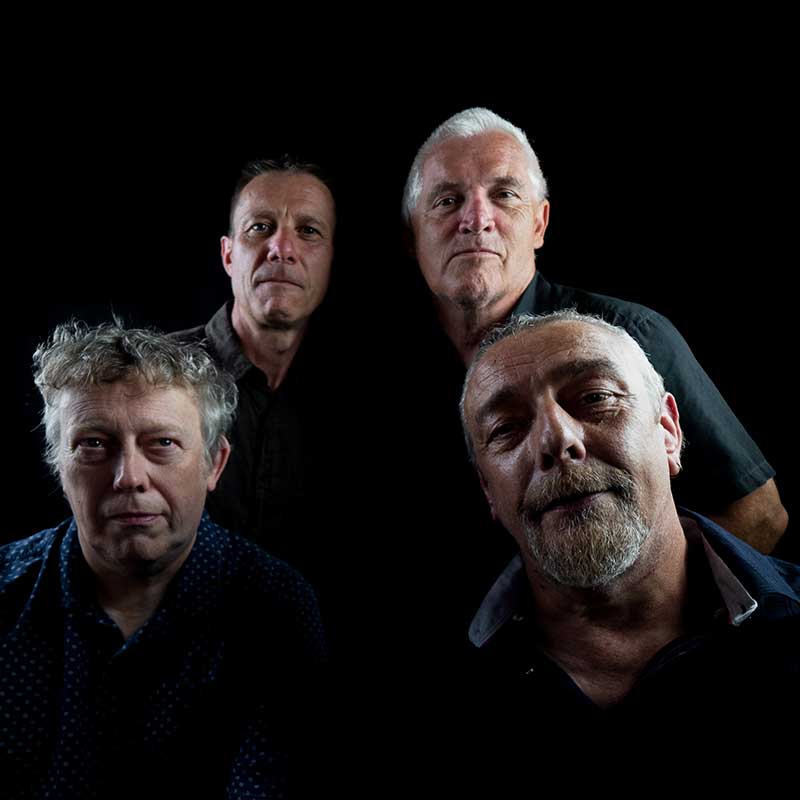 Highly recommended to lovers of folk with a progressive world music twist. In full flow this band is phenomenal without losing touch of their folk root.

What a blast! FOS brothers surpassed all expectations, with spacey, technicolour arrangements of both new and traditional songs, all three band members had a great touch whether a lilting irish number or something a bit more psychedelic. A brilliant night at No8. Long live LIVE music!

Growing up in Belfast in the 70’s the FOS brothers fuse an eclectic mix of Floydie, Genesis, Horslips with trad Irish sensibilities, into something really different. Add drums, samples and percussion to soaring guitars and you have an act that will entrance any Festival or Art Centre audience.

Theres an identifiable genre developing, acoustically biased groups playing mostly original material, a pleasant emphasis on momentum provided by acoustic rhythm guitar, mandolin and the subtlety of a small drum kit. The FOS Brothers Band are typical, with well wrought songs sustaining the interest and tapping of the lower extremities.

Bucolic folk has a psychedelic head-fit

The FOS brothers have played on our stage at Glastonbury every year for the last 10 years and still pack the house with their superb musicianship and sublime vocals.

The Band has a musicality and flexibility that is rare among the plethora of mediocre Folk/Rock Bands around. Additionally the brothers are Irish, and this prevailing influence, gives a genuine Celtic flavour to the music. I will be booking them again, both here and at my other venues and highly recommend them.

The FOS brothers have become an institution in this town. Every time they play here I get requests to have them again, their blend of intelligent, funny, and moving songs always goes down well with our audience.